Kellner Herlihy Getty & Friedman LLP is home to a seasoned team of partners, associate lawyers and skilled paralegals and staff.  Their approach to the law and legal acumen have been carefully honed over decades to ensure clients receive only the highest quality service.

Located in Manhattan, the firm serves clients throughout New York and globally.  The firm's attorneys can be reached online or via telephone at 212.889.2821.

Jeanne-Marie Williams has been practicing law in New York for 15 years.  The head of the firm's supervised housing group and a landlord-tenant lawyer, Ms. Williams has a thorough understanding of the laws and regulations set forth by the New York City Department of Housing Preservation and Development, the New York State Division of Housing and Community Renewal and the United States Department of Housing and Urban Development.  She received a B.A. from the State University of New York at Binghamton, an M.A. from the State University of New York at Buffalo and her Juris Doctorate from Brooklyn Law School.

Born and raised in France, Thomas P. Vandenabeele received a Juris Doctorate (“maîtrise”) and a Master of Laws (“D.E.A”) from the University of Lille 2, France, and his LL.M. from Indiana University School of Law-Indianapolis. He represents individual and corporations including a variety of French entities in commercial litigation matters in the United States and is president of the French American Bar Association. He also serves as General Counsel of the French Consulate General in New York (“Avocat-conseil auprès du consulat general de France à New York”). He is also an adjunct professor at Fordham University School of Law and a Visiting Professor at EDHEC Business School, Lille, France.

Attorney Charles E. Krausche II has been practicing law for 11 years.  He received his B.S. from the University of Florida at Gainesville and his Juris Doctorate from the University of Miami, where he graduated with honors.  His work spans the public and private sectors, and he now spends the majority of his time handling civil and commercial litigation, landlord-tenant law and tort and real property related matters.

Olga V. Petrovsky received her B.A. from SUNY Binghamton University, and her J.D. and LL.M. degrees from St. John's University School of Law.  Her main areas of practice are bankruptcy law, real estate and trusts and estates.  She speaks Russian.

Bérénice Le Diascorn received a Juris Doctorate (“Licence”), a Master's degree in Business Law ("Master 2"), and a Certificate in Law, Management, Economy, and Finance (“Diplôme Universitaire”) from La Sorbonne, France where she also received a Bachelor's degree in Art History and Archeology. She received her LL.M. from St. John's University School of Law. Ms Le Diascorn assists in the firm's litigation department.

Derrick M. Ng received his Juris Doctorate from the Benjamin N. Cardozo school of Law and graduated magna cum laude from the City College of New York. Derrick served in Cardozo's Alternative Dispute Resolution Honor Society where he and his team won the 2017 St. Johns FINRA Securities Dispute Resolution Triathlon. He went on to coach the 2nd place team in Cardozo's 2019 ABA Representation in Mediation regional competition. Prior to school, Derrick served 8 years in the Armed Forces in both Active duty and Reserve components as an intelligence specialist. As an associate in the firm’s litigation department, Derrick focuses on landlord-tenant matters. 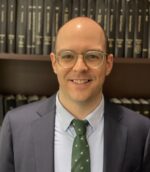 Bryan R. Beirola received his Juris Doctorate from New York Law School and his Bachelor of Science from Roger Williams University. Prior to law school, Bryan worked as an adult social services case manager in New York City and as an insurance representative and investigator in Boston. During law school, Bryan interned in Hong Kong for a multinational manufacturing and logistics company. He is experienced in the litigation of insurance subrogation. As an associate in the firm’s litigation department, Bryan focuses on landlord-tenant matters.

This is the Secondary Sidebar Widget Area. You can add content to this area by visiting your Widgets Panel and adding new widgets to this area.